The excess production of hydrogen, along with a range of other compounds, is thought to impact colonic functioning. It has been demonstrated that patients with mild to moderate symptoms typically are most responsive to dietary modifications. Dietary modifications are the therapy of choice for patients with abdominal pain, diarrhea, flatulence and abdominal distension, with reported response rates of 5070%. Elimination diets are intended for shortterm use only as they are nutritionally deficient, and should be supervised by a dietitian or medical professional with experience in this field. A daily food diary is another important tool in identifying trends in food or stress triggers. For each day of the week, patients should be encouraged to record the types of foods and beverages they have consumed, the number of bowel movements they have experienced, any pain they have experienced (on a scale form 110), their mood while eating, the time of day for each variable and any other relevant symptoms ure 14). The diary should be brought to physician visits for review in order to provide valuable information about potential relationships between dietary triggers and symptoms. Dairy products are the most common dietary triggers of gas, bloating, and occasional abdominal pain. A lactose breath hydrogen test, measuring the spike of breath hydrogen when malabsorbed lactose enters the colon, is the definitive test for lactose intolerance. While lactose intolerant patients should avoid consumption of milk and milk products (cheese, ice cream, and butter), it remains unclear whether or not a lactosefree diet demonstrates symptom resolution. Other research speculates that patients who are lactose intolerant may experience improvement not solely by abstaining from dairy, but by adhering to a fully exclusionary diet. In cases where milk products are reduced, care must be taken that enough calcium is added to the diet through either foods high in calcium, or a calcium supplement. The sweeteners, fructose and sorbitol may produce symptoms similar to those of lactose intolerance. The sugar sorbitol is only passively absorbed in the small intestine, and in clinical studies 10 g doses produced symptoms identical to lactose malabsorption in about half the patients tested. However, several other researchers argued this conclusion by suggesting that some patients do react adversely to sorbitolfructose intake (especially those with diarrhea). Generation of symptoms could therefore be related to both the nature of colonic fermentation and individual sensitivity.

It is not to a dynamic ventricular outfow obstruction contraindicated in this patient. Patients will present with a sudden larged heart with dilation of all four chambers onset of pulmonary edema and frequently car and normal ventricular wall thickness. Von Willebrand factor is a consequence of pharyngeal infection with allows platelets to adhere to a defect where col group A bhemolytic streptococci. A defciency (von Willebrand carditis, whereas late sequelae include damage disease) leads to bleeding complications such to the heart valves. This girl has Takayasu arteritis, a largevessel vasculitis usu Answer D is incorrect. Deposits of protein ally found in women <40 years of age of Asian such as light chains, heavy chains, or trans descent. Amy the aortic arch and/or the proximal great ves loidosis produces a restrictive cardiomyopathy, sels. The most prominent feature is weak in which the ventricular wall and chamber pulses in the upper extremities. Complications size grossly appear normal, which is not con of untreated latestage Takayasu include aor sistent with the reduced chamber size seen in tic aneurysms and typically involve the aortic this specimen. This leads to narrowing, or possible oblit erally a disease of the elderly, and is thus not as eration, of the major arteries associated with likely in this 17yearold patient. Chagas disease is of oral prednisone that are tapered over many caused by a trypanosome that is primarily months as the clinician and patient agree to endemic to South America. A mutation in the arch, although the aortic root (dilation with factor V gene, also known as factor V Leiden, subsequent valvular insuffciency) and coro causes resistance to deactivation of factor V by nary arteries (narrowing and potential infarc protein C. Uninhibited factor V activity leads tion) may be involved in the later stages of the to a hypercoagulable state, which predisposes disease. Intermittent jaw clau dication is indicative of temporal (giantcell) Answer A is incorrect. Giantcell arteritis is a medium/large (hemophilia A) would predispose an individual vessel vasculitis that typically affects arteries to bleeding. High, rather than low, headache (temporal area), jaw claudication, homocysteine levels lead to a hypercoagulable reduced visual acuity, and sudden vision loss. The diagnosis is achieved via a tissue biopsy of the temporal artery and treatment is with cor Chapter 8: Cardiovascular Answers 179 ticosteroids. Giantcell arteritis may present as diac cycle; in other words, it slows the diastolic sudden monocular blindness, and emergent depolarization of pacemaker cells. The classic two calcium channel blockers used in the pre clinical vignette for Wegener will describe a vention of nodal arrhythmias (eg, supraventric patient who presents with hemoptysis and he ular tachycardia). This patient presents with shortness of breath and dyspnea on exer Answer D is incorrect. The bilateral crackles detected on physi seen in children with Kawasaki disease, an ar cal examination indicate pulmonary edema. The murmurs) indicates either hypertensive heart diagnostic criteria for this disease are fve days disease or cardiomyopathy as likely etiologies. 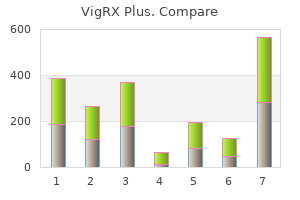 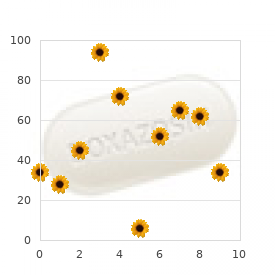 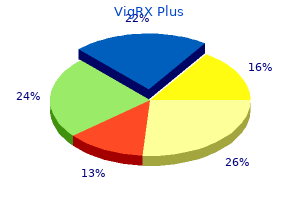 The complement system consists of a group of plasma proteins that participate in immune lysis of cells andplay a significant role in inflammation. Nitric oxide (formerly known as endotheliumderived relaxing factor) (1) this is produced by endothelial cells. Resolution oftissue structure andfunction often occurs ifthe injurious agent is eliminated. This is a cavity flled with pus (neutrophils, monocytes, and liquefed cellular debris). This is an abnormal communication between two organs or between an organ and a surface. This is the fnal result of tissue destruction, with resultant distortion of structure and, in some cases, altered function. It often includes proliferation of fibroblasts and new vessels, with resultant scarring and distortion of architecture. Because enzymedeficient neutrophils cannot produce H202 and bacterial H202 is destroyed by bacterial catalase, H202 is not available as a substrate for myeloperoxidase. In effect, the substrate for myeloperoxidase is produced by the bacteria, and the bacteria in a sense kill themselves. Myeloperoxidase deficiency (1) this defect is rarely associated with recurrent bacterial infections but often has little clinical consequence. Chronic inflammation can occur when the inciting injury is persistent or recurrent or when the infammatory reaction is insufficient to completely degrade the agent. It occurs in two major patterns: chronic nonspecific infammation and granulomatous inflammation. A cellular reaction with a preponderance of mononuclear (round) cells (macrophages, lymphocytes, and plasma cells), often with a proliferation of fibroblasts and new vessels. This type of inflammation is mediated by the interaction of monocytesmacrophages with lymphocytes. Note the presence of lymphocytes, macrophages, and plasma cells (marked by arrows). The lesion consists of focal accumulations of altered macrophages referred to as epithelioid celis.