Family members with similar values may inadvertently promote the same delaying behaviors that the patient is using. Receiving the Cancer Diagnosis In the United States, adherence to the ethical principle of autonomy has resulted in physicians directly telling patients about the diagnosis of cancer. The principle of autonomy dictates that the individual has the right to determine his or her own course of action with a selfdetermined plan (Beauchamp & Childress, 2001). In the healthcare field, this means one has the right to know and participate in all healthcare decisions. This philosophy contributed to physi cians receiving limited education in medical school about how to deliver bad news (Girgis & SansonFisher, 1995). In 1961, 90% of surveyed physicians preferred not to directly tell patients about a cancer diagnosis (Oken, 1961). In 1977, more than 90% of physicians favored sharing such information with patients (Novack, Plumer, & Smith, 1978). This dramatic change in practice refiected the social changes of the 1960s and 1970s that resulted in an emphasis on openness. Access to oncology specialists who had experience in sharing bad news became widely available during that time. The development of research protocols emphasizing informed consent was another factor (Holland, 2002). This creates ethical dilemmas for healthcare providers about obtaining informed consent for treat ment from their patients. Dunn, Patterson, and Butow (1993) noted that not being open about the diagnosis still leads to patients suspecting it and thinking that the cancer must be so horrible that even physicians or nurses will not acknowledge it. The Psychosocial Impact of Cancer on the Individual, Family, and Society If physicians do not tell patients the diagnosis, a risk always exists that someone will inadvertently share the information with the patient, causing the patient to greatly distrust the healthcare team and family. Openness about the diagnosis and prog nosis enables patients to think more realistically about their condition and participate actively in treatment planning. Patients and families from other cultures may be unprepared to receive the diagnosis directly. Creating a balance between provid ing some information without alienating the patient and family can be difficult. How one receives news of a cancer diagnosis is an important factor in how one responds (Dias, Chabner, Lynch, & Penson, 2003; Rabow & McPhee, 1999; Tulsky, 1998). 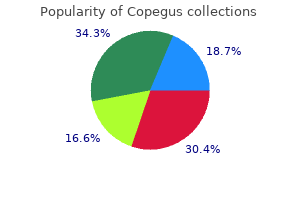 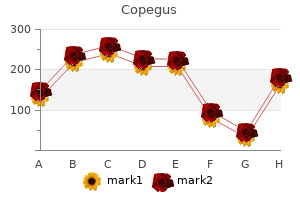 Assembled receptors form a channel through the membrane, with a pore that is closed under resting conditions. Thus, 128 Chapter 3 Smoking Cessation in addition to being drawn to the primary reinforcing context. Over time, the animal learns to associate the con properties of nicotine, many persons return to smoking text with nicotine and develops a preference for that envi to avoid negative effects of abstinence, such as irritability, ronment over an adjacent, similar environment that is not anxiety, depression, insomnia, and difficulty concen paired with nicotine. Additionally, environmental cues (sights, sounds, ence is considered to be an indication of the rewarding or other sensations) associated with nicotine often elicit effects of the drug. Once the task is learned, rette with their morning coffee may experience intense changes in operant behavior are thought to indicate nicotine cravings at the smell of coffee, which could changes in drug reinforcement or craving. Interestingly, selfadministration of nicotine can become themselves reinforcing after repeated pair is more robust if infusion is paired with a cue versus with ings, and this conditioned reinforcement may be at least the drug alone (Caggiula et al. Mechanistically, perseverative drug use and high relapse Modeling Nicotine Withdrawal and Relapse rates happen because of persistent neurobiologic adap Human smokers often relapse in response to one of tations (tolerance), particularly within the mesocorti three stimuli: exposure to environmental cues associated colimbic dopamine system. Thus, although developing with nicotine, aversive or stressful life events, or a small therapies aimed at reducing the reinforcing properties amount of the drug. In the cueinduced reinstate have focused on elucidating the neurobiologic underpin ment model, animals are trained to selfadminister nico nings of relapse. After selfadministration of nicotine is acquired, Animal Models of Nicotine Addiction the operant behavior can be extinguished by placing the Studies of animal models of disease have contrib animals in the same context but in the absence of the drug uted to much of our understanding of the neurobio and the associated cue. Although animal models resume responding to the cue alone, even in the absence of cannot capture the full range of human addiction, mice nicotine. Similar paradigms have been developed to model and rats do develop addictionlike behaviors, and several stressinduced reinstatement and druginduced rein reliable paradigms have been established to measure spe statement in animals, all of which may be valid for nico cific aspects of the disease in animals. Preclinical mals selfadminister correspond well with drugs that have studies using these paradigms have been useful in identi high abuse liability in humans (Carter and Griffiths 2009). Therefore, animal models are useful for measuring the abuse liability Molecular Targets of Current of addictive drugs, such as nicotine, and identifying phar Pharmacotherapies macotherapies that make addictive drugs less reinforcing or that mitigate withdrawal symptoms. Repeated efficacy scribed, and several of these drugs have shown efficacy 130 Chapter 3 Smoking Cessation in reducing smoking (Hughes et al. Bupropion Ionotropic Glutamate Receptors can alleviate withdrawal symptoms and reduce the Glutamate signaling through the ionotropic gluta severity of nicotine cravings. Although enhanced dopamine signaling is critical Regardless, glutamatergic signaling in mesocorticolimbic for the initial reinforcing properties of nicotine, both regions clearly contributes to nicotine reinforcement. Similar observa which contributes to elevated excitability of dopamine tions have been made with other drugs of abuse, such as neurons. Thus, likely not feasible using current pharmacologic agents, chronic use of nicotine causes longlasting changes to the given the crucial role of glutamate in the function of the mesolimbic dopamine system, many of which are driven nervous system. Behaviorally, roles in different regions of the brain, a more targeted, these adaptations sustain drug cravings and contribute regionspecific approach is warranted. Glutamate binds to and acti vates two types of receptors: ionotropic, which are ion Metabotropic Glutamate Receptors channels that allow current to pass through and activate cell membranes; and metabotropic, which are Gprotein Metabotropic glutamate receptors (mGluRs) are coupled receptors that activate downstream cell signaling widely expressed, Gproteincoupled receptors that use cascades. 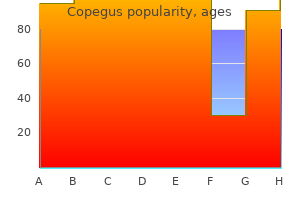 Ongoing abuse prevention efforts through existing school curricula should be integrated in younger grades and continue through high school to provide ongoing reinforcement of core prevention concepts, attitudes, skills, and behaviors as children develop. Three studies (Foubert, 2000; Gray, Lesser, Quinn, & Bounds, 1990; Jaffe, Sudermann, Reitzel, & Killip, 1992) also reported significant positive changes in behavioral intention in hypothetical conflict situations. The Safe Dates Project was effective in decreasing the frequency of physical abuse and use of threatening behaviors; however, no significant changes in victimization were evident at shortterm (1month) or at longterm (1year) followup (Foshee, 1998; Foshee, et al. The most notable finding across the reviews presented is that positive changes demonstrated at postintervention are often not maintained across the longterm. Further, programs tended to focus more on increasing knowledge and changing attitudes regarding sexual assault, and did not demonstrate positive behavioral change. Further research, in consideration of both these issues and the methodological weaknesses discussed in the following section, is necessary to advance the field and provide conclusive results regarding effectiveness. There has been extensive discussion of issues related to study design and sampling, intervention characteristics, outcome measures, timing of assessments, and definitions of success, most of which has centered on collegebased programs. Issues related to sampling techniques often pose challenges to researchers in the field of sexual assault because individuals who volunteer to participate in the study are often not representative of the general population, nor are they necessarily at elevated risk for victimization or perpetration of sexual assault. Additionally, the majority of subjects tend to be white, resulting in findings that are not necessarily applicable to nonwhite subjects (Heppner et al. Demand characteristics, cues that indicate the hypothesis of the study to the subjects and influence their response, can occur when a posttest is scheduled too closely to the intervention. As a result, participants become aware of the purpose of the study and respond to questions in a socially desirable manner. Sensitization effects, another phenomenon associated with participants 13 this document is a research report submitted to the U. It has been noted that most prevention education programs lack theoretical grounding, overemphasize content, are out of date with current research, and, as noted above, fail to target highrisk groups (Bachar & Koss, 2001). Furthermore, despite numerous evaluations, it has not been empirically established that genderspecific programs can accomplish the mutually exclusive goals of rape prevention and rape avoidance/resistance education. Furthermore, most studies cannot determine which program module resulted in the change in effect size, thus making it difficult to determine which factors account for specific attitudinal or behavioral change (Bachar & Koss, 2001). The validity and reliability of outcome measures are also questionable in sexual assault prevention research. For example, rapemyth acceptance scales may be weak measures because individual items represent more than one idea, items are outdated, and definitions of rape myths vary (Lonsway & Fitzgerald, 1994, 1995). A common reliability issue involves studies utilizing selfreport as an outcome source. Although there are correlations between rapesupportive attitudes and sexually aggressive behavior (Koss & Leonard, 1984), 14 this document is a research report submitted to the U. 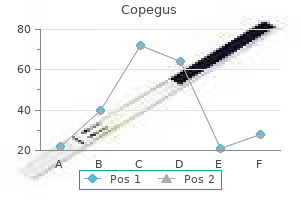