Secondary manual searches of bibliographies were performed to follow up on additional references identified in the guidelines or in retrieved papers. Historical reports and longitudinal studies were interpreted with care because they were considered to be susceptible to referral bias and bias in the selection of cases for treatment. Greater value was placed on random samples of populations than on multi-institutional databases because referral bias was considered to be less likely. Comprehensive reports of the entire experience of an individual institution were ranked higher than reports of highly-selected groups of cases involved in clinical trials; although both would be subject to referral bias, the latter is also subject to bias relating to selection for treatment, while the former is not. Where two or more sources of data of equivalent quality (based on the criteria in Table 2) were found, the source with the larger sample size was chosen. If large differences in incidences existed between similar studies then both sets of data were used in the sensitivity analysis. Step 4: Estimation of the optimal proportion of cancer patients who should receive radiotherapy From the evidence on the efficacy of radiotherapy and the epidemiological data on the occurrence of indications for radiotherapy, the proportions of patients in whom radiotherapy would be recommended were calculated. The overall recommended radiotherapy utilisation rate was determined by summing these proportions. Step 5: Sensitivity analysis Sensitivity analyses was undertaken to assess changes in the recommended radiotherapy utilisation rate that would result from (a) different estimates of the proportions of patients with particular attributes, or (b) different probabilities of benefit from treatment, which could be suggested by different data sources or (c) different recommendations for the use of radiotherapy. The TreeAge software allowed different estimates to be modelled using one way sensitivity analysis and Monte Carlo simulation techniques. One-way sensitivity analyses allow a single uncertain variable to be modelled to assess the impact that the uncertainty has on the final optimal radiotherapy utilisation. Monte Carlo simulations allow for assessments of the various uncertain data and their overall impact on the radiotherapy utilisation rate in a multivariate fashion. Monte Carlo simulations are based upon the random sampling of variables from discrete and continuous distributions during individual trials. Observing the statistical properties of many trials using random sampled values allows additional insight into the performance of a model. Further description of the Monte Carlo simulations are presented in the results section (Chapter 19). Step 6: Modelling of projections Once the model of radiotherapy utilisation has been established for each cancer site and tumour site, projections can be made, based on observed trends. These projections can incorporate: changes in the age distribution of the population, the introduction of new diagnostics tools, the advent of screening programs, new techniques, and the outcomes of current randomised trials. This could be the subject of future research but was not performed as part of this project. Steering Group and Court of Reviewers the final results of this project had to be credible to all parties who may be affected by it, including State and Commonwealth governments, consumers, non-government organisations such as State Anti-Cancer Councils, and medical, surgical and radiation oncologists. To ensure that the project outcomes met expectations of rigour and that points of interpretation were resolved, an expert steering group was appointed. 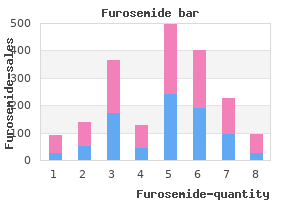 Generic furosemide 40mg without a prescription

At the writing of this guide, only a handful of published payer guidelines related to documentation requirements were available; however, based on standard payer expectations for supporting documentation, physician orders and medical necessity are recommended, along with a detailed account of the procedure performed. This motion management provides information on field and portal design with precise knowledge about respiratory movement of target tissues and organs at risk. This simulation is indicated when there is a need to account for the breathing-related motion of thoracic of abdominal tumors that will be targeted with radiation therapy. The documentation needs to be more extensive than just part of the simulation note since it is part of the isodose planning process. Physicians should work with their staff to ensure that proper documentation has been completed. Since the work that is included in +77293 occurs over several days, and it involves the therapists, the dosimetrist, the physicist, and the physician, the information that could support the code would appear in several documents. The simulation note would also document physician review of respiratory motion management set-up and use at the time of simulation. Add-on codes are to be reflected as a separate claim line on electronic claim submission. Add-on codes should be listed separately in addition to the primary procedure code. Note: this new code describes the work involved in simulating a patient using motion (respiratory) tracking of a mobile target volume. The computation may be done by hand or computer and, regardless of the methodology, each calculation should be documented including a physician signature and located within the medical record. Historically, basic dosimetry calculations were reported with each form of dosimetry planning regardless of the technique utilized; however, this is no longer true. The number of calculations is highly variable depending on, but not limited to, the complexity of the treatment to be delivered, tumor location and the proximity of critical structures, number of new plans (boosts) needed and treatment delivery techniques utilized. Any quantity of calculations above ten (10) must be supported by medical necessity and appropriate documentation. It is a Medicare expectation to also see ongoing documentation to support the need for any changes in dosimetry calculations and change in radiation treatment or frequency along with 92 documentation of medical necessity for any such modifications. Documentation of calculations should support the quantity reported and the date of service. A review of local payer policies is recommended to determine the billing rules for your institution. Although two opposed fields may result in the same monitor units, they may in fact be different calculations due to different depths, weighting or other factors considered for the calculation. 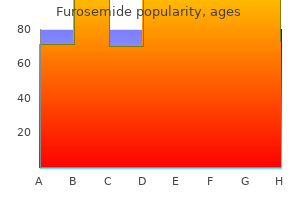 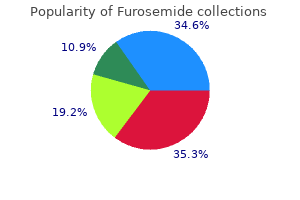 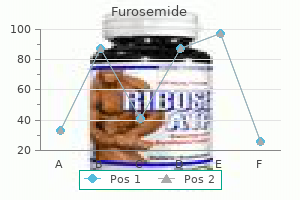 There was a statistical significant decrease in the positive predictive value with advancing age indicating that in elderly subjects stroke was certified as underlying cause of death where autopsy results differed. Also, the sensitivity rates declined with advancing age indicating that routine death certificates listed other causes of death in subjects where the autopsy found it was stroke the person died from. In many countries autopsy rates are declining and in some countries they are rarely done. The proportion of false negative diagnoses increased significantly with increasing age, and increased both for men and women, while there was a decrease in the proportion of false positives stroke diagnosis in men with increasing age, while the opposite was found in women. The authors also found that there was a trend toward an increase in the false-negative rate and a decrease in the false positive rate. The validation studies are based on data from developed countries and there is no current knowledge about the validity of stroke diagnoses in routine mortality statistics from developing countries. It is possible that less access to scanning facilities and laboratories will lower the validity of the diagnoses. It should be noted that most of the validation studies cited, are from before scanning became widely used, but it remains unclear to what extend the results reflect validity of death certificates in developing regions. The quality of routine mortality data is likely to vary between and within populations and it seems likely that the validity decreases with increasing age. The number of false-positive and false-negative registrations may counter balance each other and increased access to scanning facilities may improve the validity of stroke events. Scanning is more often done in younger stroke patients, whereas there may be more deaths in elderly patients where the deceased person was neither scanned nor was 47 autopsy done. Until evidence is available on magnitude of such possible misclassification, and on the actual causes of death, we have not attempted to adjust mortality estimates for stroke, beyond a proportional redistribution of ill-defined causes of death across all non-injury causes including stroke. In addition to variation in the validity of death certificates on stroke deaths, several studies from different countries have shown that the specificity and sensitivity of 48 stroke diagnoses varies. These results indicate that the inclusion of the codes 432, 437, and 438 is likely to increase the number of false-positive events. The study is only suggestive for the validity of stroke codes in death certificates, as it is based on hospitalized stroke patients which 40 may be less accurate than mortality data. Pooled estimates from these countries showed that 4 % of stroke deaths were due to subarachnoid hemorrhage, 18 % due to intracerebral and other intracranial hemorrhages, 16 % due to cerebral infarction, 48 % due to acute but ill-defined cerebrovascular disease, 3 % due to cerebral arteriosclerosis, and 9 % were due to the remaining diseases in the group of cerebrovascular diseases. The paper was a benchmark in stroke epidemiology providing a set of standards for how to collect population data on stroke. A key issue was to include both hospitalized and non-hospitalized events, as well as fatal and non-fatal events. Stroke registries meeting all the ?ideal criteria are expensive and requires a well defined population where it is possible to identify and follow-up all stroke patients. All of them provide incidence rates but more detailed descriptions such as prevalence, survival, and disability are available from only some of them. The aim was to continuously register the occurrence of myocardial infarction and stroke among populations in different countries and to analyze the relationship between trends in incidence and mortality rates and changes in major cardiovascular risk factors. However, there is only complete registration for subjects aged 35 to 64 years thereby excluding the age groups where the majority of strokes occur.