Sources of Information and Review Methods the sources of information consulted and review methods used by the Duke team varied considerably by key question. Question 2 and Questions 3-4 required separate literature reviews using distinct sources, search strategies, and review methods. Because of this variability, we describe the methods used for each key question separately. Heart Valves in Use and Development We used four approaches to identify heart valves now in use or in development. First, we identified valves described in the published literature abstracted in answer to Question 2 (conventional valves) and Questions 3 and 4 (percutaneous valves). Next, we generated a list of valve manufacturers based on the published literature and expert knowledge. Finally, we supplemented these approaches by searching the Web sites of valve manufacturers. To determine the theoretical advantages and disadvantages of different valves for different populations, we relied on discussions and recommendations in clinical guidelines, review articles, and consultations with experts. Using these sources, we developed a narrative description of the valve classes, goals in valve design, and the theoretical advantages and disadvantages of different types of valves. For Question 2, we scanned the existing literature comparing different types of conventional. We sought to describe the available comparative studies in terms of the number of available studies, interventions compared, basic study design, size of study, length of followup, and outcomes assessed. We identified potentially important observational studies primarily by reviewing the individual studies included in the systematic reviews that met our full-text inclusion criteria. A single reviewer screened the titles and abstracts of all citations for potential inclusion. Articles were included if they concerned conventional heart valves and appeared to be a review article. Citations included at the title-and-abstract stage were reviewed in full-text form independently by two researchers. Articles meeting the following criteria were included for data abstraction: the article was a systematic review, defined as a review including both a Methods section describing a search strategy and analytic approach, and abstractions of primary literature; and the review directly compared two or more different types of conventional heart valves; and the review concerned valve replacement (rather than repair); and the review focused on adults (all patients 18 years of age or, if mixed population, then either 80 percent adults or results reported separately for adults); and the review was published in English in the year 2000 or later. When the two reviewers arrived at different conclusions about whether to include or exclude an article, they were asked to reconcile the difference. The inclusion criteria applied at both screening stages were: Comparison of two or more heart valves for valve replacement (rather than repair); and Randomized allocation to treatment; and Study conducted in adults (all patients 18 years of age or, if mixed population, then either 80 percent adults or results reported separately for adults); and Study published in English. If there was any uncertainty about whether an article should be included, a second investigator was consulted. 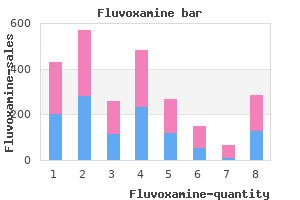 Approximately 85 percent of all patients (adults and children) with diabetes mellitus are categorized as type 2. Since type 2 diabetes mellitus is often very subtle, the number of undiagnosed cases of diabetes mellitus is significant. The other 15 percent of patients with diabetes mellitus nationwide are categorized as type 1. In the pediatric population, type 1 diabetes makes up a larger proportion of the cases. Although our estimates are quite crude, some centers report that approximately 98 percent of their children with diabetes have the Type 1 variety. This estimate will certainly be revised in the future as we recognize more type 2 diabetes in children. Insulin is the primary hormone that suppresses hepatic glucose production, proteolysis, and lipolysis. The first phase of insulin release is followed by a nadir and then by a relatively prolonged second phase of insulin release. Catecholamines, cortisol, growth hormone, glucagon, and gastrointestinal hormones among other hormones modulate the insulin response to glucose. Due to the portal circulation in the gut, blood draining the islet cells of the pancreas goes to the liver before returning to the heart. This portal circulation exposes the liver to an immediately high concentration of insulin soon after a meal. When treating diabetes with exogenously administered insulin into the systemic circulation, we need to remember that this does not duplicate the physiologic state. Insulin is an anabolic hormone that increases the transport of glucose into cells. A high insulin state will induce glucose uptake and inhibit amino acid release in muscle cells. In the liver, insulin will decrease glucose release and decrease ketone body formation. In our current understanding of the problem, people with type 1 diabetes mellitus have an underlying genetic predisposition to developing diabetes. On top of this predisposition, they are exposed to an environmental insult that triggers the immune response. In this way, not everyone who is genetically susceptible to type 1 diabetes mellitus will develop the problem. The identical twin of the patient with type 1 diabetes mellitus has a 25 to 50 percent risk of developing the problem in their lifetime. The antigens in these presenting molecules are the targets for the immune response. Mutations that lead to defects in the structure of this antigen presenting molecule predisposes to type 1 diabetes mellitus. 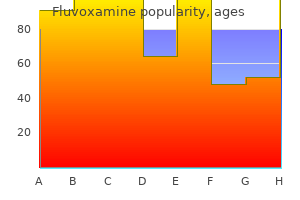 Professor of Anatomy at the Royal a colourless oily liquid which occurs naturally Academy. They are passed out lenses which have two types of lens combined of the body in stools or urine and return to wa in the same piece of glass, the top part being ter, where they lodge and develop in the water snail, the secondary host, before going back used for seeing at a distance and the lower part into humans. Also called choluria it has been introduced or with which it is biliverdin brought into contact biliverdin /b li v!. Also called binocular /b n kj l / adjective referring to the two eyes circadian rhythm binocular vision biological parent binocular vision /b n kj l v n/ biological parent /ba l d kl noun ability to see with both eyes at the same pe r mt/ noun a parent who was physically time, which gives a stereoscopic effect and al involved in producing a child biologist lows a person to judge distances. Compare biologist /ba l d st/ noun a scientist who monocular specialises in biology binovular biology binovular /b n vj l / adjective referring to biology /ba l d i/ noun the study of living twins who develop from two different ova organisms 43 birth parent biomaterial biomaterial /ba m t ri l/ noun a syn production. Also calledmanic-depres substance in a living organism or biological sive illness, manic depression material such as blood or urine, usually to bipolar neurone bipolar neurone /ba p l nj r n/ check environmental pollution or chemical ex noun a nerve cell with two processes, a den posure drite and an axon, found in the retina. Compare plant (informal) multipolar neurone, unipolar neurone bionics birth bionics /ba n ks/ noun the process of ap birth /b!. Also called naevus treatment, especially the use of maggots or birth mother birth mother / b!. Also called fainting births per year, shown per thousand of the pop fit ulation a birth rate of 15 per thousand black spots black spots /bl k sp ts/ plural noun There has been a severe decline in the birth black spots in front of the eyes moving black rate. Compare bulla bled inside the heel, characterised by black spots bled /bled/ bleed 45 blood bank bleed blind study bleed /bli d/ verb to lose blood His knee blind study / bla nd st"di/ noun an investi was bleeding. He was bleeding from a cut on gation to test an intervention such as giving a the head. 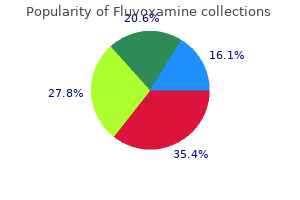 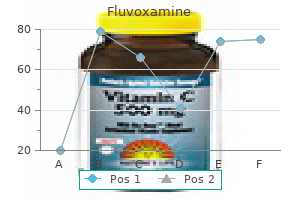 Retropharyngeal or peritonsillar abscess can cause upper airway obstruction, with soft tissue swelling evident on lateral neck x-ray (widening of the prevertebral soft tissue) or physical exam respectively. These children will often have high fever, drooling and be more toxic in appearance. Laryngitis can be seen in older children and adults, with a similar prodrome and cough, but lacking the inspiratory stridor. Foreign body aspiration should be considered in cases of sudden onset stridor without cough or fever. Acute angioneurotic edema, can cause acute swelling of the upper airway, but usually presents with external evidence of swelling of the face and neck. Laryngeal diphtheria (sometimes presents with a croup like syndrome known as membranous croup), although rare, should be considered and is another reason to assess the immunization record. Once the diagnosis of croup is made, mist therapy, corticosteroids and epinephrine are the usual treatments. Historically, mist therapy has been the mainstay of croup therapy, yet in small empiric trials, mist therapy has shown little benefit. Mist therapy (warm or cool) is thought to reduce the severity of croup by moistening the mucosa and reducing the viscosity of exudates, making coughing more productive. For patients with mild symptoms, mist therapy may be all that is required and can be provided at home. Racemic epinephrine, given by nebulizer, is thought to stimulate alpha-adrenergic receptors with subsequent constriction of arterioles and decreased laryngeal edema. Nebulized epinephrine may have marked effect to decrease inspiratory stridor and the work of breathing. The effects of this medication last less than two hours and children need to be monitored (not necessarily in the hospital) serially for the return of symptoms. Racemic epinephrine is a mixture of 50% biologically active epinephrine and 50% inactive epinephrine. Thus, 5cc of 1:1000 epinephrine solution is pharmacologically similar and can also be used for inhalation therapy with a nebulizer if racemic epinephrine is not available. Corticosteroids provide benefit for children with viral croup by reducing the severity and shortening the course of the symptoms. Clinical improvement from corticosteroids is usually not apparent until 6 hours after treatment. More recent studies have shown high dose nebulized budesonide to be as effective as dexamethasone, with more rapid onset of effect. Endotracheal intubation is reserved for children with severe symptoms who do not respond to the previous therapies. This decision should be based on criteria such as hypercarbia, impending respiratory failure and changes in mental status.