F L Fig 4-12 When externally loaded, a distal extension removable par tial denture may function as a first-class lever. The power that activates the lever results from occlusal loading (L) of the extension base. As the lever functions, aspects of the prosthesis anterior to the fulcrum will move in a superior direction (small arrow). F F L L a Fig 4-13 Power may be applied to a first-class lever in both inferior and superior directions. Functioning through a fulcrum (F) near the terminus of the direct retainer, as pects of the denture anterior to the fulcrum move inferiorly (small arrow). In this configuration, the indirect retainer serves as a ful crum for the lever system, limiting inferior displacement of the lingual bar. Rotational move the rest and along the edentulous ridge on one side ment of the denture can occur around the fulcrum of the arch. Mediolateral rotational movement of the denture oc curs relative to the edentulous alveolar process. Fig 4-16 A vertical fulcrum line is located near the midline lingual to the anterior teeth. Rotational movement of the denture can occur around the fulcrum line in the horizontal plane. Direct mediolat eral movement of the denture occurs relative to the edentulous ridge. Components should not be added to the partial den Forces Acting on the ture indiscreetly or by force of design habit. A practitioner who does not understand the biologic or physiologic re Removable Partial Denture quirements of a prosthesis will frequently design all partial dentures of a particular class in the same manner. This is one reason that removable partial dentures have not Removable partial dentures are subject to a composite of enjoyed overwhelming acceptance in the past. One fulcrum is practitioner who knows the health and condition of the on the horizontal plane that extends through two principal oral tissues is qualified to design a removable prosthesis. This or to make the prosthesis lighter or smaller is a disservice fulcrum controls the rotational movement of the denture to the patient and compromises the basic philosophy of in the sagittal plane (ie, denture movement toward or prosthodontics: preserving that which remains, rather than away from the supporting ridge). Stresses transferred to the abut ment depend on a variety of factors, but are generally mesio-apical or disto-apical in direction. The resultant force on Factors Influencing Stresses abutments is usually mesio-apical or disto-apical, with the greatest vector in the apical direction (Fig 4-17). Transmitted to Abutment As previously noted, the fibers of the periodontal liga Teeth ments are arranged so that axially aligned forces are resis ted some 17 times greater than are non-axial loads. 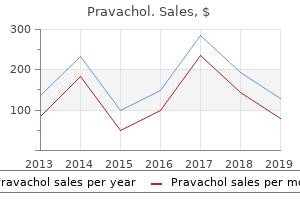 At present, we have not identified the precise means of transmission or susceptibility genes but in the not-too-distant future, we may be able to identify the genetic transmission for a particular family. We also do not know if it was an already existing impairment in foetal development that subsequently affected obstetric events, with a difficult birth then increasing the degree of expression. There does appear to be a greater incidence of babies who are small for gestational age, and marginally older mothers when the child was born (Cederlund and Gillberg 2004; Ghaziuddin, Shakal and Tsai 1995). The children developed macrocephalus or an unusually large head and brain (Cederlund and Gillberg 2004; Gillberg and de Souza 2002; Palmen et al. At the moment we do not have a satisfactory and proven explanation as to why this occurs. There is also preliminary information to suggest that the frontal, temporal and parietal, but not the occipital, areas of the brain are enlarged (Carper et al. Sometimes having a rapidly growing and relatively big brain, or at least parts of it, is not an advantage. Clinical experience indicates that it is extremely important that the diagnosis is explained as soon as possible and preferably before inappropriate compensatory reactions are developed. The child is then more likely to achieve self-acceptance, without unfair comparisons with other children, and be less likely to develop signs of an anxiety disorder, depression or conduct disorder. The child can then be a knowledgeable participant in the design of programs, knowing his or her strengths and weaknesses, and why he or she regularly has to see a particular specialist while siblings and peers do not. 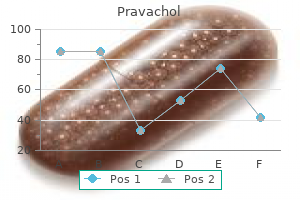 The oscillatory type is typically nomenon that has also been called the seen when patients present a progres sequence effect. This progressive re sive reduction of step length, a phe duction in amplitude is the hallmark of 1364 Yes Higher-levelgaitdisorders No Parkinsonism a Velocity is the easiest feature to recognize but it is highly nonspecific. Accelerated walk is associated with shortening of all gait phases but proportionally more double-limb support time. Patients with parkinsonism can modulate both variables but, similarly to people with short legs, they more rapidly reach the break point, resorting to an increase in cadence. This knowledge can be used in clinical practice by asking patients to purpose fully walk with rapid, small steps to elicit freezing of gait. The variable variability of gait is seen in cerebellar or sensory ataxia as well as in patients with impairment of gait automaticity (eg, patients with basal ganglia disorders). In this case, patients try to maintain the regularity of their steps by focusing their atten tion on the motor task of walking (cortical gait). Dual tasking is a useful examination technique for the assessment of patients at risk for falls because it worsens impairment of gait automaticity and may cause freez ing of gait, especially when subtle or subclinical. Another form of dual-task impair ment occurs when subjects fail to get 20 their priorities right. The figure shows the posture-first strategy is diminished in major determinants of changes in step length/height, symmetry, variability, and elderly people and diminished fur width. A ing obstacles or other tasks (dual commonly experienced marked dual-task decrement while tasking). Focused attention In most patients with postural in and external stimuli (cues) can help 22 stability, the step width is wide and, as to overcome the episode. Because such, is a nonspecific sign, although it of its sudden and unpredictable na can be seen particularly in patients ture (Figure 8-6B), freezing of gait with instability along the mediolateral often leads to falls and injuries (Sup axis (patients with ataxia, Huntington plemental Digital Content 8-9, disease, severe essential tremor, or links. Freezing one of the forms of atypical parkin of gait is accompanied by different 23 sonism). One contribute to freezing-of-gait hypothesis is that this shaking repre pathogenesis. Freezing of gait reflects dysfunction adjustments in the absence of effective in an organized network involving 24 stepping (cadence without step). Basal ganglia dysfunction leads to upon reaching a destination and is failure in generating adequate accompanied by a progressively for movement amplitude, a ward trunk. 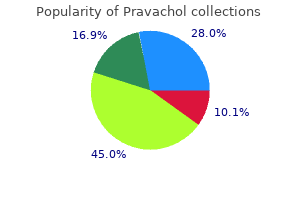 Generic pravachol 20mg without a prescription

The use of the minimum severity and duration criteria is intended to distinguish transient orgasm difficulties from more persistent orgasmic dysfunction. In many cases of orgasm problems, the causes are multifactorial or cannot be determined. If female orgasmic disorder is deemed to be better explained by another mental disorder, the effects of a substance/medication, or a medical condition, then a diagnosis of female orgasmic disorder would not be made. Many women report high levels of sexual satisfaction despite rarely or never experiencing orgasm. Prevalence Reported prevalence rates for female orgasmic problems in women vary widely, from 10% to 42%, depending on multiple factors.