In both cases it is certainly necessary to conceive of, starting with unana lyzed global sequences similar to animal calls, a double process: a top-down analysis that decomposes the sequence into combinations of lower-level elements, and a bottom-up recombination of new sequences and, possibly, construction of higher-order sequences. Segmentation and recombination thus go hand in hand with motor control mechanisms that impose collective synchronization on activities. All the elements of representation are thus combined, and at the same time the possibility of systematically transmitting a piece of information emerges: mimetic culture is one in which learning and teaching bring forth a new form of evolution that consists of transmission and trans formation of new cultural units, memes. If so, I would at least have been faithful to the founding act of hominization: the telling of stories. Analyzing changes in the exter nal appearance of the brain as mirrored in casts molded by the cranial cavity, paleoneurology relates evolutionary changes in the brain to the evolution of behavior and of the capacity to perceive and know an external world. The relevance of paleoneurology for our understanding of the evolution of human musical expression and experience lies in the relationship of these traits to gross features of brains. From present evidence, it may be especially important to seek connections with language rather than with nonlinguistic acoustic phenomena in other species, even when, to the human ear, the phenomena have an obviously musical dimension. The genetic blueprint for a brain to develop this intelligence-creating capacity is actu ally an epigenetic blueprint requiring a normal environment for the growth and development of the nervous system. In their fundamental biology, therefore, brain and intelligence result from a nature-nurture interaction. Different intelli gences (in the plural) evolved in different species, depending on their neural specializations, and the human variety derives mainly from the evolution of language. It is this diversity of specializations that must be analyzed for an understanding of the evolution of human musicality, which is in many ways an adaptation within this specialized cognitive capacity. Although my evolutionary work is with fossil brains, to show its rela tionship to the evolution of musical experience and expression I have to emphasize information about brain and behavior in living species. One must rely on such information for a proper perspective in all studies of fossils. My primary research material is fossilized evidence of the brain in ver tebrates, which is in the form of castings, endocasts, molded by the cranial cavity. In living birds and mammals, they provide accurate pictures of the external surface of freshly dissected brains. This enables one to treat endocasts as if they were brains in which one can determine relationships between the external anatomy of the brain and its functions in controlling behav ior and experience. 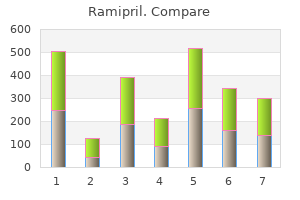 What we have determined to be an ensemble of structural areas and regions in the preceding chapters, represents a complex of organic elements subordinate to a higher organism when considered morphogenetically. From the organic point of view, the mammalian cerebral cortex is thus to be considered as an organ complex or, in other words, an ensemble or aggregate of suborgans derived from a common Anlage and subjected to various degrees of progression and regression, sometimes coordinated and sometimes subordinate, that are specifically differentiated and more or less sharply demarcated from each other by their histological structure. In this sense the cerebral cortex would be a lower order organ system subordinate to the whole central nervous system. Organ formation relies on functional activity which itself depends on adaptation to changing conditions of life. An organ changes according to the conditions that influence it, like the whole organism. If such an influence operates in a particular way for a long time, the organ will change its function; it adapts to new circumstances because this represents an advantage for the organism in the struggle for survival. With the change in function goes a slow, but steady, change in the form of the organ. By an accumulation of very small alterations parts of the organ change permanently and differentiate morphologically. The newly structured elements with their new function develop certain characteristics and become more clearly differentiated from each other with time, and so finally spatially separate parts emerge as new organs. Thus, adaptation and the resultant differentiation determine functional localisation, that is a feature of increased overall performance. Certain functions originally subserved by the whole organ are now accomplished by particular parts and the performance of the organ is therefore divided into various partial functions that, all together, represent the total function. Refinement of an organ is necessarily related to this process of differentiation, that is expressed physiologically as functional adaptation and morphologically as anatomical complexity. The greater multiplicity and independence of different sections of the cortex means greater freedom of action, and with the larger number of relatively autonomous elements there is more latitude for differentiation. Histological cortical localisation in relation to morphology 217 refinement of the whole cortex, along with a multiplication of functions 11). In this sense, one might often consider certain regions of the more simply organised mammals described above as primitive organs from which the multiple cortical areas present in more highly developed species have emerged. In the final analysis, of course, one can also postulate such a primitive condition for the whole cortex somewhere in its ancestral past, that is to say a single relatively poorly differentiated primitive cortex, but this condition has long been surpassed in phylogeny and is no longer demonstrable.

Intersphincteric fistulae usually have an external opening close to the anal verge. A fistulotomy (laying open of the fistula) is done in intersphincteric and some trans-sphincteric fistulae involving less than 30 per cent of the external sphincter. The safer option when the track involves the sphincter muscles is to do a partial lay-open with a seton insertion. A, D, E Condyloma accuminata is the most common sexually transmitted disease encountered by colorectal surgeons. There are more than 80 subtypes of this virus but the subtypes associated with a greater risk of malignancy are 16, 18, 31 and 33. Many are asymptomatic but pruritus, discharge, bleeding and pain are the usual symptoms. The natural history is uncertain but progression to invasive carcinoma has been observed. The primary group of lymph nodes are the inguinal group, although sometimes retrograde and alternative spreads may occur. Treatment is by chemoradiotherapy in the first instance (Nigro regimen), and major ablative surgery if that fails. Diagnosis of rectal bleeding 1D Rectal cancer should be ruled out in any patient in this age group presenting with new-onset bowel symptoms. Only limited examination is possible, which usually reveals anal sphincter spasm and a sentinel skin tag. Which of the following statements are necrosis, loss of glomeruli causes renal false A Microscopic haematuria is not always D In pyelonephritis, tubular function is abnormal. B Haematuria at the start of urinary stream E Cytological examination of urine indicates a cause in the lower urinary tract. Which of the following statements are B Uric acid calculi can be seen on a plain true D Perineal pain is a penetrating ache and Renal failure can occur in both sexes 5. A Anuria is defined as complete absence of Preliminary investigations urine production. A If 30 per cent of kidney function is lost, D All patients with renal failure will require renal failure becomes evident by blood renal replacement therapy. 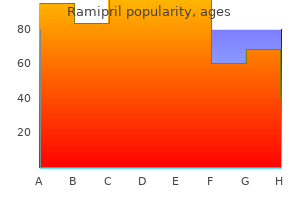 In the same way that many of us wear sensors (that detect our heart rate, our respiration, our genes), hoping that this information may help us prevent diseases, we can ask whether monitoring and analysing the words we speak, we write, we tweet, may enable us to detect ahead of time when something might go wrong with our minds. We analysed the recorded speech of thirty-four young people who were at a high risk of developing schizophrenia. The question was whether properties of speech at day one could predict the onset of psychosis within a window of almost three years. It turned out that there was just not enough information in semantics to predict the future organization of the mind. Hence, the most important thing was not what they were saying, but how they were saying it. More precisely, it did not matter so much in what semantic neighbourhood the words were, but instead how far and fast they jumped in fluent speech from one neighbourhood to another. So we came up with a measurement that we termed semantic coherence, which grades the persistence of speech in one semantic topic. And it turned out that in our group of thirty-four participants the algorithm based on semantic coherence could predict with close to perfect accuracy who would develop psychosis and who would not, something that could not be achieved by any other existing clinical measure. This is as yet a preliminary study of a relatively small group and needs to be replicated on a much larger cohort to calibrate its real efficacy, and the conditions in which it is most effective (how much speech, oral or written, structured interview or free ). On preparing the talk I remember very vividly one day on which I saw a long series of tweets from Polo, one of my students in Buenos Aires who at the time was living in New York. And this simple fact, that reading in between the lines I could sense through words his feelings, was a simple but effective way to help. In a way, I like to think that the most relevant aspect of this work is that it gets us closer to understanding how to convert this intuition, that we all have, that we all share, into an algorithm. And with this we may be seeing in the future a very different form of mental health, based on an automated, objective and quantitative analysis of the words we write, of the words we say. Will we soon be able to record our dreams and visualize them while awake, as in a film, in order to reproduce everything that, up until now, vanishes upon waking This possibility opens * perspectives and possibilities but also dangers and risks. In a not-so-distant future it is possible we could be able to write and read sensations directly from the biological substratum that produces them: the brain. And we will almost certainly be able to observe the contents of the mind deep in the most remote corners of the unconscious. This path seems to have no end, as if it were only a question of improving the technology.