Past and current projects involve virtually all species, all products produced by the rendering industry, and all disciplines of use or potential use. During the 1960s and early 1970s, fats derived from rendering began to be used extensively as cattle feed. Rendered products also found a market in the pet food industry, which tripled its sales between the years of 1965 and 1974. Innovations in genetics and artificial insemination created super-producing breeds of cows, pigs and chickens. Synthetic hormones and antibiotics also helped maximize growth and production levels, while drugs helped fend off diseases that might hinder production in growth-stressed animal populations. Protein Efficiency In order to reach ever-higher production levels of meat and milk, animals needed to consume optimum levels of carefully-formulated rations. Cattle, which previously had grazed on summer grass and winter hay, were moved indoors. Feedlots achieved faster growth rates by feeding proteins in the form of grains and soybeans. By the 1970s, this practice came to be viewed as costly and wasteful, leading to a search for alternative substances. According to Consumers Research food editor Beatrice Trum Hunter, rendered animal parts were only one of the unlikely new mate rials introduced into the animal feed supply: It has taken us from grass and hay feeding to such non-traditional ingredients in animal feed as sewage sludge and treated manure. The search for alterna tive substances in animal feed suited the new conditions that arose from agri cultural changes. Slaughterhouses and tanneries provided blood, entrails, hoofs, bristles, and feathers for use in animal feed. Others were cement dust from kilns, sludge from munic ipal composting plants, water from electric generating plants that used fluidized bed combustion of coal, and waste water from nuclear power stations. By escaping degradation in the rumen, bypass proteins could deliver enough proteins to the small intestine to achieve max imum growth and lactation in high-yield dairy animals. A continuous cooker was basically a long cylinder into which raw materials could be continuously added at one end, while cooked materials emerged from the other. Among its other advantages, this system made it easier to heat everything more or less equally, enabling rendering to take place at lower tem peratures. In fact, it was this olfactory visibility which caused the ren derer to quietly go about his business shunning public attention and actively seeking anonymity. 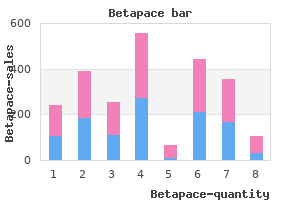 Patients had stage T1N0 (1), T2N0 (6), T3N0 (1) or T4N0 (3), all without metastases. Primary sites included the lacrimal gland (7), lacrimal sac/nasolacrimal duct (10) or eyelid (3). Seven patients experienced acute grade 3 while 9 patients developed chronic grade 3 ocular or eyelid function toxicity. Protons also increased generalized equivalent uniform dose to duodenum and stomach, however these differences were small (< 5% and 10%, respectively; p < 0. Doses to other organs at-risk were within institutional constraints and placed no obvious limitations on treatment planning. Authors concluded that protons are able to reduce the treated volume receiving low-intermediate doses, however the clinical significance of this remains to be determined. They suggested uncertainty margins needed for proton planning precluded its full potential for higher dose areas, and intensity-modulated proton therapy might be a solution. No patient demonstrated any grade 3 gastrointestinal toxicity during treatment or during the follow up period. Chemotherapy was well tolerated with a median of 99% of prescribed protocol doses delivered. A later report from the same institution (Nichols, 2013) presented outcomes of 22 patients treated with proton therapy and concomitant capecitabine (1000 mg by mouth twice a day) for resected (n = 5), marginally resectable (n = 5), and unresectable/inoperable (n = 12) biopsy-proven pancreatic and ampullary adenocarcinoma. No patient demonstrated any grade 3 toxicity during treatment or during follow-up. Median follow-up was 14 months for all patients and 23 months for surviving patients. No patient experienced a grade 3 or greater toxicity during treatment or follow-up. Of the remaining 50 patients, only 78% had surgery, with 16% found to be unresectable, 4% diagnosed with metastases prior to surgery, and 2% diagnosed with cholangiocarcinoma instead of pancreatic cancer. Six of 37 eligible resected patients (16%) experienced locoregional recurrence, while 73% developed distant metastases. The authors concluded that short-course proton-based chemoradiation is well tolerated and is associated with favorable local control in resectable pancreatic cancer (although 16% local failure after surgery and radiation, particularly with such limited follow up and early deaths, is not particularly favorable). However, there was no statistical significance between the two groups regarding the median time to progression (15. 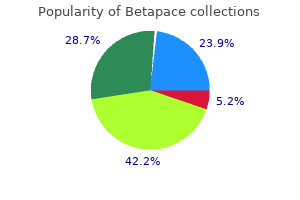 Among the 348 (4%) subjects who did not complete the follow up there were 181 subjects in the edoxaban and 167 subjects in the warfarin groups. Table 9: Study Completion Status Edoxaban Warfarin (N= 4118) (N=4122) Subjects Completing Study, n (%) 3937 (96) 3955 (96) Subjects completed 12-month follow-up, n (%) 3937 (96) 3955 (96) Subjects completed <12 Month follow-up due to study 879 (21) 881 (21) truncation, n (%) Subjects did not complete study follow-Up, n (%) 181 (4) 167 (4) Death, n (%) 136 (3. There did not appear to be any significant differences in subject disposition between the two arms of the trial. Protocol Deviations: No data/cases were identified that should have been excluded from any of the Analysis Sets. Reviewer comments: There were 32 patients most from in India sites (16 in the edoxaban arm and 8 in the warfarin arm), who had protocol deviations of subject data authenticity unable to be confirmed and who were not excluded from the trial. The applicant did not provide explanation of the deviations or reason to retain these subjects the analysis data set. Given the small number of patients with the deviation (32 patients), we think this did not have a significant impact on the trial results. The Applicant explanation of the numerical imbalance of higher incidence of event in the edoxaban arm in the first 10 days of the trial is that subjects randomized to edoxaban arm received initial heparin only but those randomized to warfarin received two active anticoagulants treatment of heparin and warfarin initially. However, the rate of the events was less in the edoxaban group after the first 30 days and continued to be lower up to 12 months. The sensitivity analysis results were consistent with those from the primary analysis. There was a slightly increased incidence of mortality in the edoxaban group compared to that in the warfarin group 3. Concomitant Aspirin use: yes/no the results of subgroups analyses were shown in the Forest plots in Figure 5. Bleeding: the primary outcome was the composite of major and clinically relevant non-major bleeding events. However, the number of non-fatal major bleeding events in non critical sites was higher in edoxaban than warfarin (43 vs 34). Only 8 cases of vaginal bleed (5 in edoxaban and 3 in warfarin) led to permanent discontinuation of study drug. The incidence of liver enzyme elevations in edoxaban group was comparable to warfarin group. The safety data includes data from all completed clinical studies, and ongoing studies and post-marketing data with a cutoff date of 30 Jun 2013, 31 May 2013, and 30 Sep 2013, respectively. The median treatment durations were 916, 904, and 904 days in the edoxaban 30 mg, edoxaban 60 mg, and warfarin treatment groups, respectively. The median treatment durations were 267 and 266 days in the edoxaban and warfarin treatment groups, respectively. 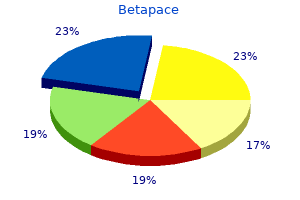 Outside of palliative care, radiation is traditionally administered concurrently with chemotherapy. There is no clear standard for neoadjuvant therapy, and multiple chemoradiotherapy options are available. Care should be taken to adhere to recommended target coverage and dose specifcations as radiation quality has been shown to impact survival in several studies. For review of other metastatic sites, please refer to specifc guidelines for the appropriate location. Limited advantages of intensity-modulated radiation therapy over 3D conformal radiation therapy in the adjuvant management of gastric cancer. Comparative outcomes for three-dimensional conformal versus intensity modulated radiation therapy for esophageal cancer. Chemoradiation after surgery compared with surgery alone for adenocarcinoma of the stomach or gastroesophageal junction. Comparison of intensity-modulated radiotherapy and 3D-conformal radiotherapy as adjuvant therapy for gastric cancer. Utilization of intensity-modulated radiation therapy and image-guided radiation therapy in pancreatic cancer: Is it benefcial Is stereotactic body radiation therapy an attractive option for unresectable liver metastases Postoperative radiotherapy is indicated for T3 or T4 tumors and when there is involvement of the pelvic lymphatics. In the palliative setting, radiation alone is an effective treatment for hematuria. For defnitive therapy, it is recommended to treat the whole bladder to 40-45 Gy followed by a boost to the bladder tumor to a total dose up to 66 Gy excluding, if possible, normal areas of the bladder from the boost volume. Brachytherapy is the preferred approach in selected cases of early stage penile cancers. Concurrent chemoradiotherapy as primary treatment, or after surgery is recommended for larger tumors and when there is nodal involvement. Testicular Cancer Following inguinal orchiectomy for early stage pure seminoma, there is an approximately 15% risk of recurrence in the para aortic lymph nodes. External beam radiation signifcantly reduces this risk and is an option to surveillance or single agent chemotherapy in stage I disease. Radiation is not a standard component in the treatment of non-seminomatous testicular cancer.